HIS SUBSTITUTE WIFE... My Sister
© 2008 Sylvia Hubbard
“He agreed to this?” Charisse asked incredulously, not believing what her sister was asking her to do after explaining why the process had failed. “You want me to have sex with your husband?”

“It’s not sex. It’s procreation. It’s a big difference,” Chyna said apathetically. “You’re not Parker’s type and you don’t like him. If I have no problem with it, then neither should you.”
“But it’s your husband.”
Chyna spoke as if it were obvious. “Parker’s willing to do whatever it takes to get a baby and if it’s that, then we’ll do it.”
“Aren’t there tests?” Charisse asked. “I thought there were tests?”
Impatiently, Chyna said, “You gave me nine months, Charisse. Nine months! You just said it and if we can’t hurry the process, you can’t hurry what you really want to do anyway.”
Charisse turned away in order to process what her sister was asking her to do. She needed more time to think. It was too much to consider right now. The room was quiet and it seemed as if she could hear her heartbeat.
After a moment, her sister said impatiently, “They’re waiting, Charisse.”
“Yes, I know,” Charisse snipped turning around to Chyna. “But don’t you think I should take as long as I need.”
“You’ve already given us permission to use an egg and the use of your body. We just didn’t expect it to be so difficult to fertilize.”
“I did give you permission, Chyna, when I thought it would be done under some microscope and needles, not… not naturally! Are you sure Parker knows what this means?”
The door to the doctor’s office opened. Parker filled the doorway like a man who was confident. He seemed to command the presence of all and Charisse found it impossible to believe that his sperm was weak. His eyes went to his wife first to see if it were good news, but when Chyna didn’t give him a response he wanted, he then looked over to Charisse.
Her intestines felt as if they flipped over at his direct tannish brown eyes.
‘Stop it!’ she ordered herself. ‘He’s your brother in law. He’s not yours!’
“Tell her Parker,” Chyna ordered. “Tell her you agree to this.”
“Only if she agrees to it, Chyna. I don’t want to make her
uncomfortable,” he said solemnly, looking quickly away from Charisse as if it were difficult to make eye contact with her.
Moving in front of her to block Charisse’s vision of Parker, her sister said, “Charisse gives her permission.” Chyna’s eyes narrowed to threatening slits.
Charisse could see her sister’s cruel look, but Parker didn’t. Charisse didn’t know what she wanted and she was terrified to look at Parker because she thought he would see her fear of her sister. “Yes. I’ll do it.”
Parker released a sigh of release and Chyna turned to hug her husband screaming in delight. He moved his arms around her and held her close. His eyes went to that beautiful color of happiness.
Slowly his eyes moved over to her and Charisse steeled her emotions to his warm beautiful gaze.
He mouthed the words, “Thank you.”
Charisse’s insides tripled flipped and she quickly looked away to try to gather her thoughts again.
Maybe if she accomplished something in life, she could accomplish her death finally.

…. To Be Continued January 2008 @ http://www.sylviahubbard.blogspot.com/
Posted by Sylvia Hubbard at 6:34 PM

When does the new book start and who won the challenge about where did Gastons resturant show up before as in what book? I also wrote a comment on the book on the drawing the line website.

what day does the book start?

i hope so. working it out in my head as we speak.

all books by Sylvia Hubbard - collect them all!
DON'T FORGET TO VOTE FOR HOW MANY BOOKS YOU'VE READ BY THIS AUTHOR! SCROLL TO THE BOTTOM OF THE SIDEBAR AND CAST YOUR VOTES. EVEN IF YOU VOTED, BUT READ MORE, YOU CAN ALWAYS CHANGE YOUR VOTE! VOTE TODAY AND VOTE OFTEN! THANKS

Help Me Pay My Publicist!


Or do me one better and buy a book at my bookstore (they make great gifts for all)!:
Sylvia Hubbar'ds Fiction Bookstore

Or pass the word to five friends because word of mouth is the best advertising and the more people that know about me the better chance I have to get that dream publishing deal from that dream publisher. Help a sistah out! Click Here or click the envelope above.

The copyright to the text of the blog is held by the author, where applicable. All images displayed are copyright their respective owners and are used either under licence or under the fair use provisions of international copyright law.

Connect With Me at My Lit World

Click to join SylviaHubbard
Upcoming Events
More of motownwriters's events
My Calendar of Events Would you like this author for a booksigning, speaking engagement or book club discussion? Email her at yexsenia2@yahoo.com or click here

BUY BOOKS BY THIS AUTHOR

Road To Freedom finding love will set her free

Dreams of Reality she has to make her dreams of love into....

Stealing Innocence I tying a man down, leads to sweet payback

Stealing Innocence II: The Ravishment a woman's revenge can be lethal

Diary of A...(you decide) One woman's journey to find a good man

Deceptive Nights can love be found from just one night?

Teach Me To Love When they come together... whose teaching whom?

Red Heart-Novella Death between friends leads to doubt between lovers

Stone's Revenge as the son of a serial killer getting revenge will be sweet!

LOVE 101 Pretending to be a student, brings out the wickedness for a teacher

FORBIDDEN FRUIT tasting and touching leads to much much more!

Sweet Justice Forced to live a life of solitude, a chance at sexual relief would be sweet justice

Stealing Innocence II The Ravishment Raping a man again is a lethal idea.

Sin's Iniquity Do you fight the feeling whne you know it's wrong?

Sex Weed One taste of her and he couldn't get enough... too bad it's his brother wife!

Drawing The Line How will she resist her boss... and his brother?!

His Substitute Wife... My Sister Biting the apple was a sin, but when the wife doesn't mind, he's determined to eat it all.

CABIN FEVER Beauty is only skin deep, but deception is ugly to the bone 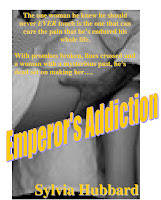 
View my page on Essence Magazine

View my page on A Netflix Community

97 members
Novel Publicity’s karmic initiatives are based on the concept of “paying it forward.” If you h...

A Dream of Storms
by William Kenney


View this group on Goodreads » 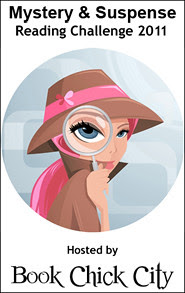